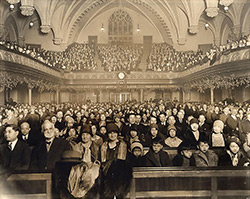 The St.James United Church is a community located downtown Montreal and a member of the United Church of Canada. The community was established in Montreal in 1807 under the Methodist faith and growth led the community to build in 1888 the present church building on Sainte Catherine Street. Following a long tradition of commitment to social justice, the community meets the spiritual needs of people of all ages, claiming the value of each and everyone, regardless of their culture, race or sexual orientation, including people with the most diverse skills who are facing challenges.

Reverend Arlen John Bonnar B.A.; B.Th.; M.Div., was born in Sydney, Nova Scotia, and has been a resident of Quebec for 40 years. He is a graduate of Bishop’s and McGill Universities and United Theological College. Prior to becoming a minister, Arlen worked for many years with the intellectually handicapped. His two internships while studying theology were at Augustine United Church in Winnipeg and in Lilongwe, Malawi with the Presbyterian Church of East Africa.

Upon ordination in 1984, he was settled at Sutton and Dunham United Churches in the Eastern Townships. After five years in the two-point pastoral charge Arlen returned to Montreal as Executive Director of Montreal City Mission, an outreach ministry of the United Church of Canada. Three years later he became staff chaplain at the Montreal General Hospital. For the next 10 years he worked primarily in the HIV/AIDS clinics (he was the first full-time chaplain in this milieu in the world) and in the Palliative Care Units of the Montreal General and Royal Victoria hospitals.

He attended and presented workshops at many international conferences on AIDS and Palliative Care with a focus on spiritual responses to illness from a multi-cultural and inter-faith perspective and aimed at patients, families and health-care professionals.

In 2000, Arlen began his ministry at St. James United Church. He has a passion for ministry that is inclusive of all God’s people and delights in the diverse community that is St. James. 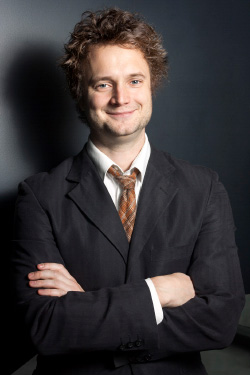 In addition to concertizing, teaching, conducting, and composing, Joel Peters is co-artistic director and founder of Earth World Collaborative, a creative force that generates new music, art, film, and literature through collaboration.

Peters has appeared as a soloist in numerous venues and festivals, including the prestigious Montreal Bach Festival. As a composer, he has been published by Firehead Editions and frequently collaborates with Adrian Foster on electroacoustic compositions for organ, choir, and strings. Recently, Peters has been commissioned by the American Guild of Organists for a new work for solo organ, which will be premiered in 2020 at the National convention in Atlanta, Georgia, and published by Hinshaw Music Inc.

Among the numerous awards Peters has received are those won in 2016 at le Concours OSM Manuvie: third prize in the organ category; prize for the best performance of the imposed Canadian work; Stingray Rising Stars Award (public’s choice); and the Orford Music Prize. Of personal highlight, Peters received perfect scores from the jury members for his Artist Diploma recital entitled “Organ Ocean: Waves of Sound.”

In 2014, he obtained a Master’s from McGill University, studying repertoire with Hans-Ola Ericsson and improvisation with William Porter. In 2017, he graduated from the same university with an Artist Diploma.

The United Church of Canada 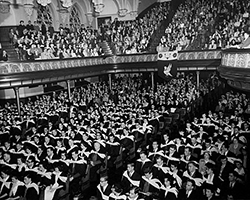 The United Church of Canada is the largest Protestant denomination in Canada. We minister to close to three million people in over 3,500 congregations across the country, more than 60 of them in the Montreal area. Ours is a rich history closely entwined with the development of Canada itself.

The United Church was inaugurated on June 10, 1925 in Toronto, Ontario, when the Methodist Church, Canada, the Congregational Union of Canada, and 70 per cent of the Presbyterian Church in Canada entered into an organic union. Joining as well was the small General Council of Union Churches, centred largely in Western Canada.

It was the first union of churches in the world to cross historical denominational lines and hence received international acclaim. Impetus for the union arose out of the concerns for serving the vast Canadian northwest and in the desire for better overseas mission. Each of the uniting churches, however, had a long history prior to 1925.

The crest is the official signature of The United Church of Canada, placed on legal documents, ordination and commissioning certificates, and licences to perform the sacraments. Designed by the Rev. Dr. Victor T. Mooney (a treasurer of the United Church), it was officially adopted in 1944 by the 11th General Council.

For our church members, this insignia is a spiritual and historic reminder. Its oval shape is derived from the outline of a fish, a symbol of identity by early Christians. The initials of the words “Jesus Christ, Son of God, Saviour” spell the Greek word for fish. The “X” at the centre, the first letter of the Greek word for Christ, is a traditional symbol for Christ.

In the four corners of the crest are symbols, three of which are particularly associated with the three communions—Congregational, Methodist, and Presbyterian—that united to form The United Church of Canada in 1925.

The open Bible represents the Congregational Churches with their emphasis upon God’s truth that makes people free. From this communion we have a heritage of liberty in prophesying, love of spiritual freedom, awareness of the creative power of the Holy Spirit, and clear witness for civic justice.

The dove is emblematic of the Holy Spirit (Mark 1:10) whose transforming power has been a distinctive mark of Methodism. Here our heritage is one of evangelical zeal, concern for human redemption, warmth of Christian fellowship, the testimony of spiritual experience, and the ministry of sacred song.

The burning bush is the symbol of Presbyterianism. It refers to the bush that burned and was not consumed (Exodus 3:2), and symbolizes the indestructibility of the church. From Presbyterianism we have received a heritage of high regard for the dignity in worship, the education of all people, the authority of scripture, and the church as the Body of Christ.

The symbols alpha and omega in the lower quarter are the first and last letters of the Greek alphabet. They symbolize the eternal living God, in the fullness of creation (Revelation 1:8).

The Latin words ut omnes unum sint that surround the symbols on the crest mean That all may be one and are taken from John 17:21. They are a reminder that we are both a “united” and “uniting” church.

In August 2012, the Mohawk phrase “Akwe Nia’Tetewá:neren” (“All my relations”) was added to the perimeter ribbon, and the background colours of the four quadrants of the crest were changed to reflect the traditional colours of the First Nations medicine wheel. 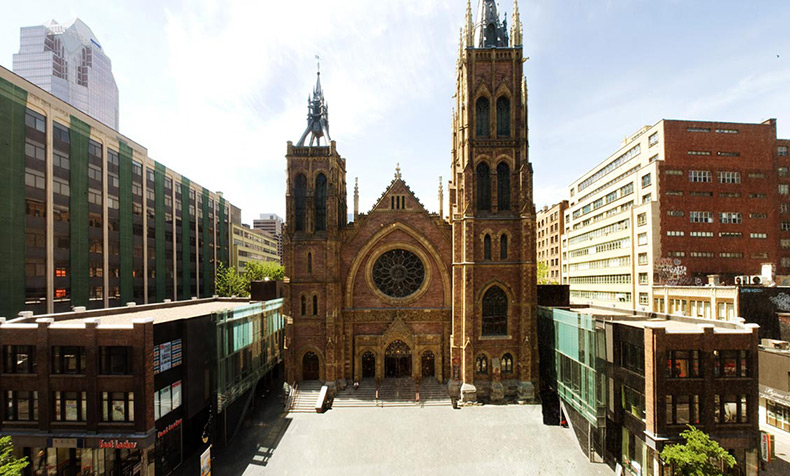